I was very excited to visit Alicante because I would be seeing Sylvain from the USAC program who had offered to host us when he was visiting Reno in October. Obviously I took him up on the offer. I was also excited to meet Luis. We had spoken on the phone and emailed quite frequently so it is always wonderful to put a face with a name. So to catch up, after Segovia, we went to Madrid for another night, we saw Pablo for dinner as usual and we got up for an early train the next morning. It was Dec 27 I think. Yes, a Friday. I really enjoyed the train rides. It was a nice time to read and relax. So much better than driving, and less anxiety (at least for me) than flying. Because we did first class each time, we always had a yummy meal. 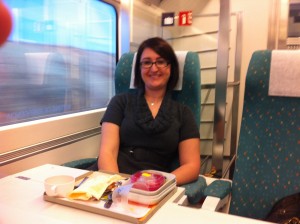 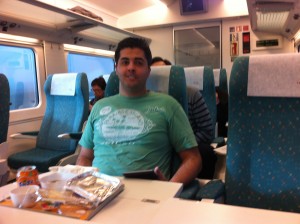 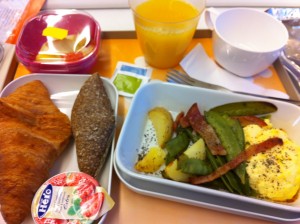 Luis and Sylvain were also receiving their January session group of students that day so we decided to meet them at the same time as the rest of the students. It was nice arriving to alicante, we didn’t need our coats. It was chilly in the shade, but not in the sun. We could smell the ocean air but hadn’t been able to find the ocean yet, and having not ever been there, I had no idea which direction the water was.

In comparison with Madrid, Valladolid and Segovia, Alicante was on the mediterranean side and was full of Muslim influence. It was really neat to see the old mosques and the boxy stone buildings. It looked like what I would have expected to see in Istanbul, not Spain. I loved it! When we met up with Sylvain and the group, we said hi and got the students to their housing and he took us to his apartment. It was about mid-day and so his fiance was also home. Her name was Isabel and she was really nice! Incidentally she was home for siesta. Their house was really neat, it was right in the middle of town and above a bar. They said that has has its pluses and minuses…as you could imagine.

We went out for some basque style tapas called Pinxos (pinchos). This was sort of a chain type restaurant, but really neat. They would walk around with trays of food and you would grab them and all you had to do was save your toothpicks and that is how you are charged. The meaty ones were on one type of toothpick and smaller ones were on a different size and shape. Something tells me the cheap american minded person would take advantage of such an ‘honor’ system. But they were delicious! From there, Isabel went back to work, and Sylvain showed us through town, gave us some directional landmarks so we could make it back home, and pointed us to the beach. It was a nice walk. 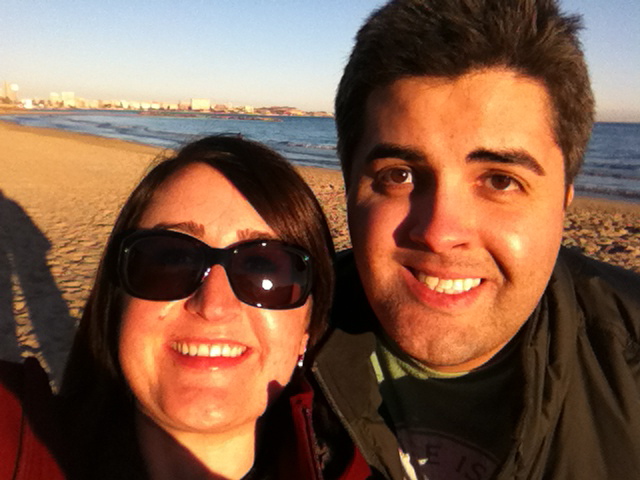 By this time it was dusk and we were a little tired. So we hung out a bit and made our way back to the apartment. We took a nap and had made plans to go out after our nap for some dinner. We woke up groggy but Sylvain and Isabel had put together a beautiful arangement of jamon, pate, olives and pickes with bread and crackers and opened a bottle of wine. What a lovely thing to wake up to! We were brainstorming where to go for dinner and eventually realized that we didn’t have the energy to go out. So we went down to the Gyro place across the street and got some delicious gyro wrap things. Probably the best I’ve ever had 🙂 Apparently that is really common fast food there. I wish we had more of that here! They just have this huge rotating thing of ground meat that has been seasoned and when you order, they shave of some of the meat for the wrap. We also had some when we were in San Sebastian, too!

The next morning, we went with Sylvain to meet the group and go visit the campus. It was funny seeing a girl I had had a meeting with in my office just a few months before. The students seemed excited, but were disappointed to learn that they would have class on their first day. Oh students.

We saw the campus which was just lovely, very similar to UNR in that it is not a city campus spread out over city blocks. It was  nice campus of buildings with green belts and walk ways. Luis gave us a nice tour and bought us a coffee. From there, he gave us some advice on what to do before we met back up with the group at 4 for a city tour. He suggested the market, which was like a permanent farmers market with all foods, fruits, veggies, seafood, meat and flowers. It was pretty awesome. I can see how students would love to have access to that place for cooking. He also suggested that we visit the Santa Barbara Castle and la explanada. So we did. 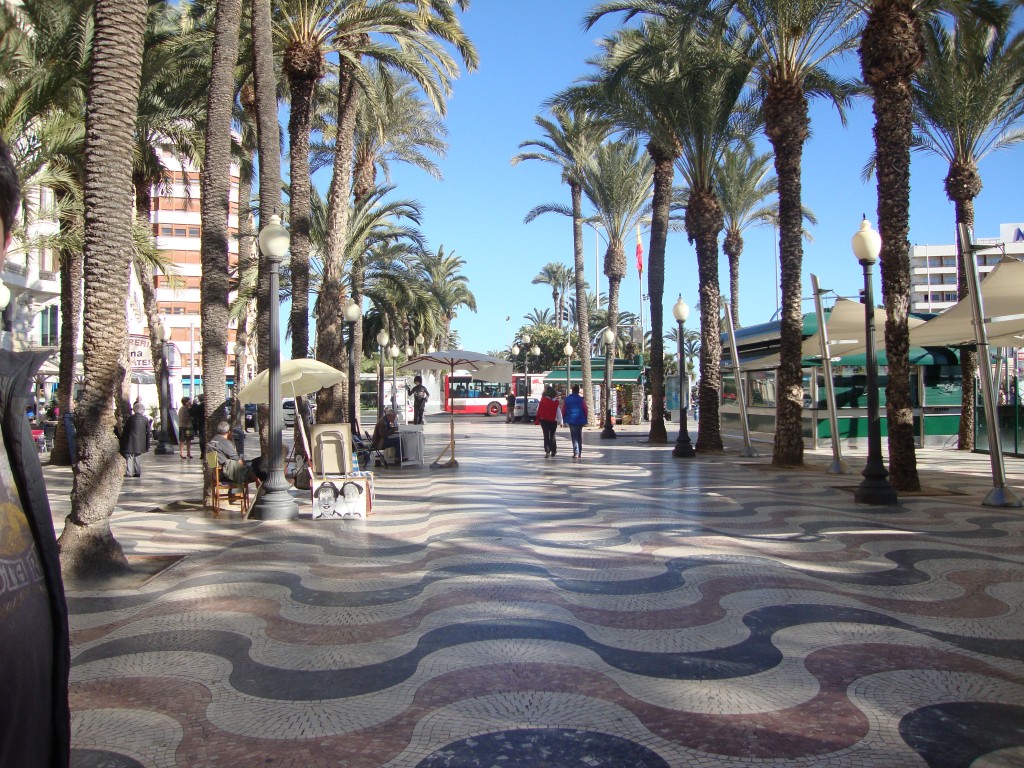 This is la explanada, which is a nice walk way that is right across from the marina. The tile work is just lovely! This is definitely not the sort of design work you’d find in Madrid. We found a restaurant and had some Paella which was delicious! However, we later learned that all the paella on la explanada is not authentic and just for tourists. Oh well, how would we have known? 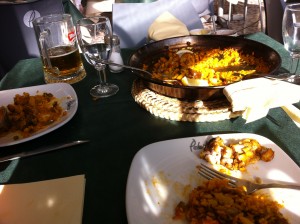 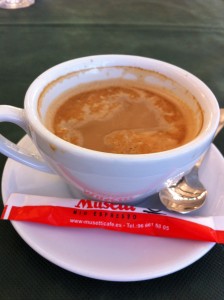 When our bellies were nice and full, we found our way to the base of the santa barbara castle. I didn’t learn too much about it, I was too busy snapping photos of the city and the ocean. Here is their website, but you’ll have to get it translated by your web browser http://www.castillodesantabarbara.com

The castle seems to be carved out of the mountain, it is hard to tell where the mountain ends and the castle begins. 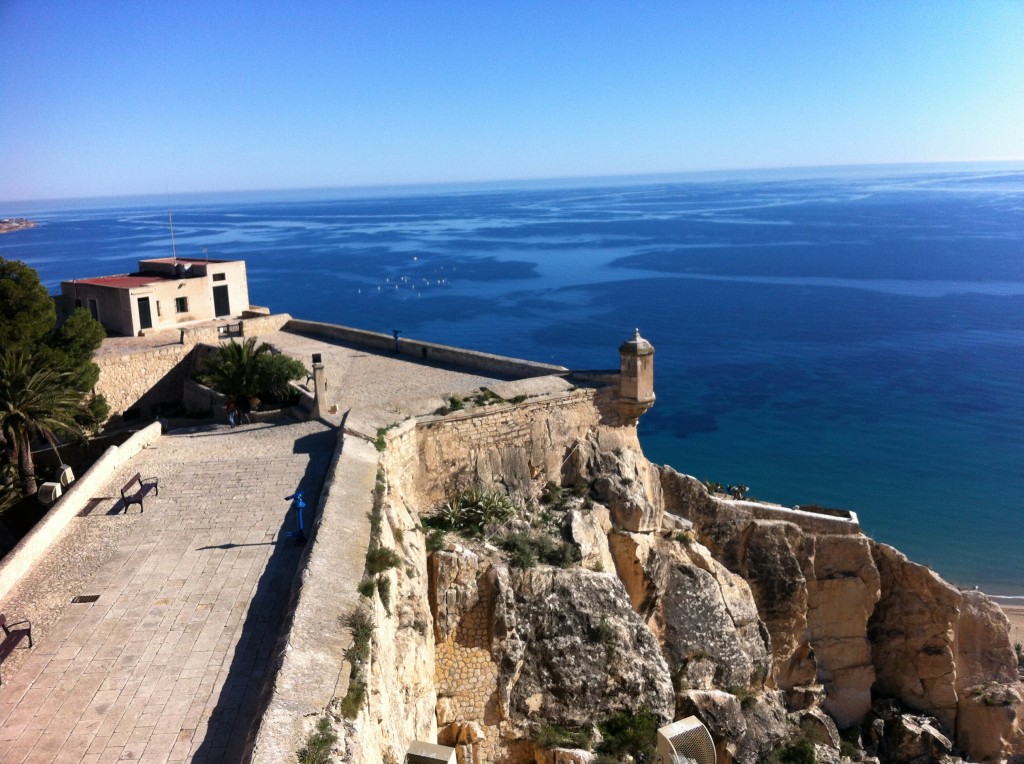 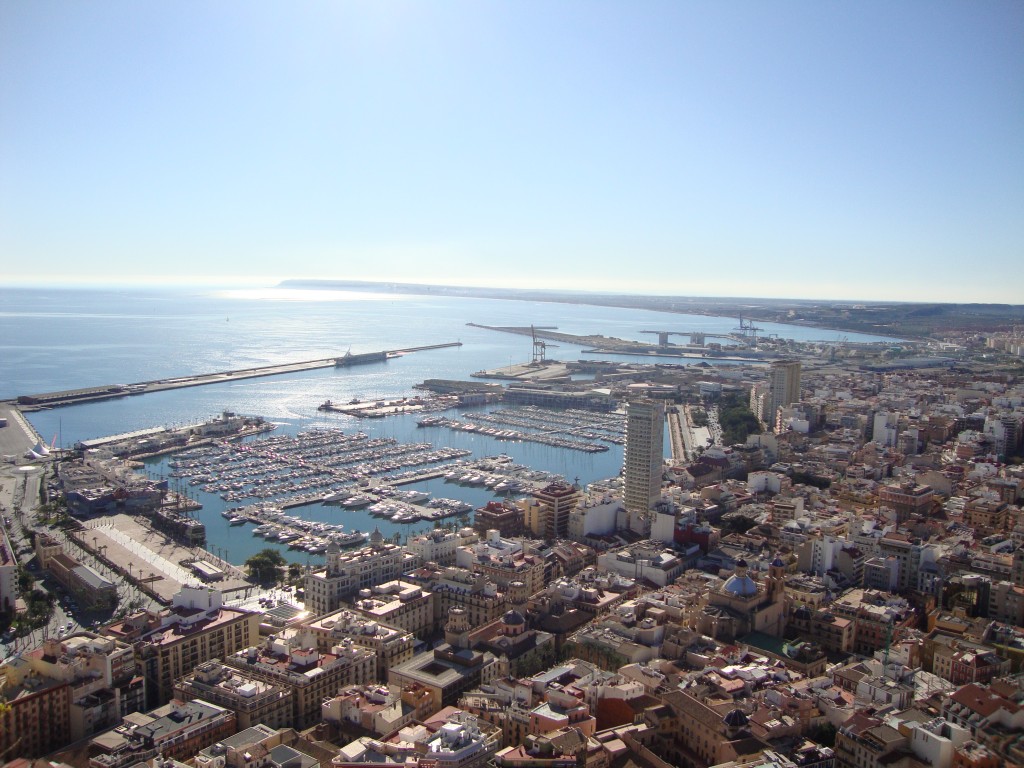 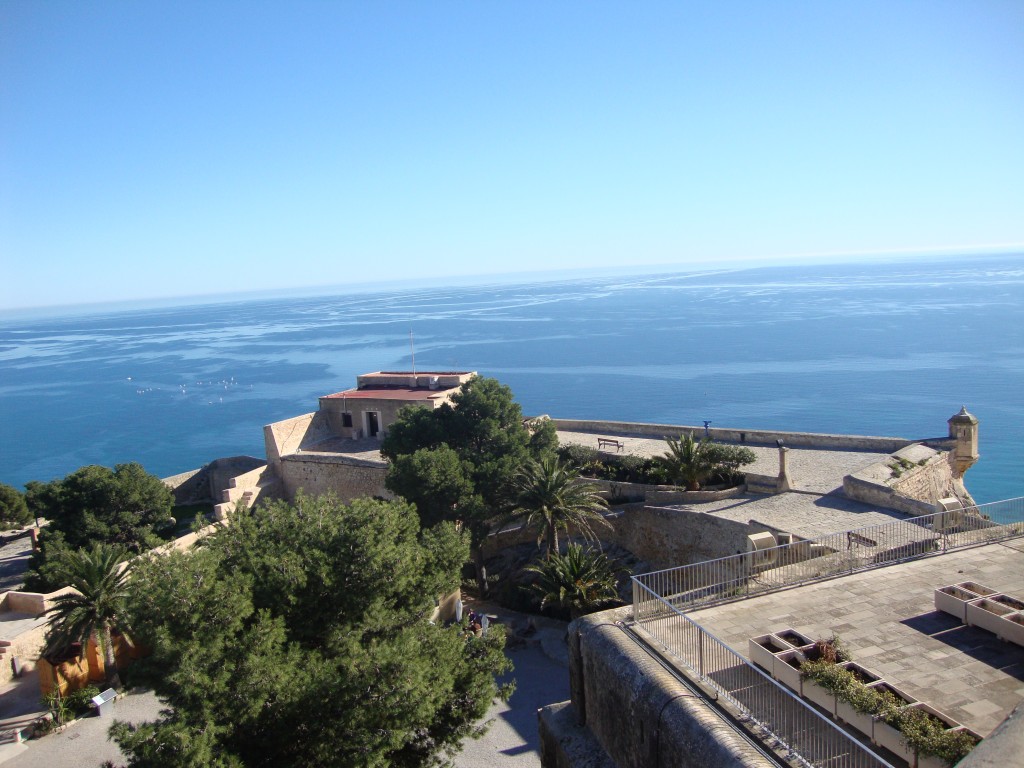 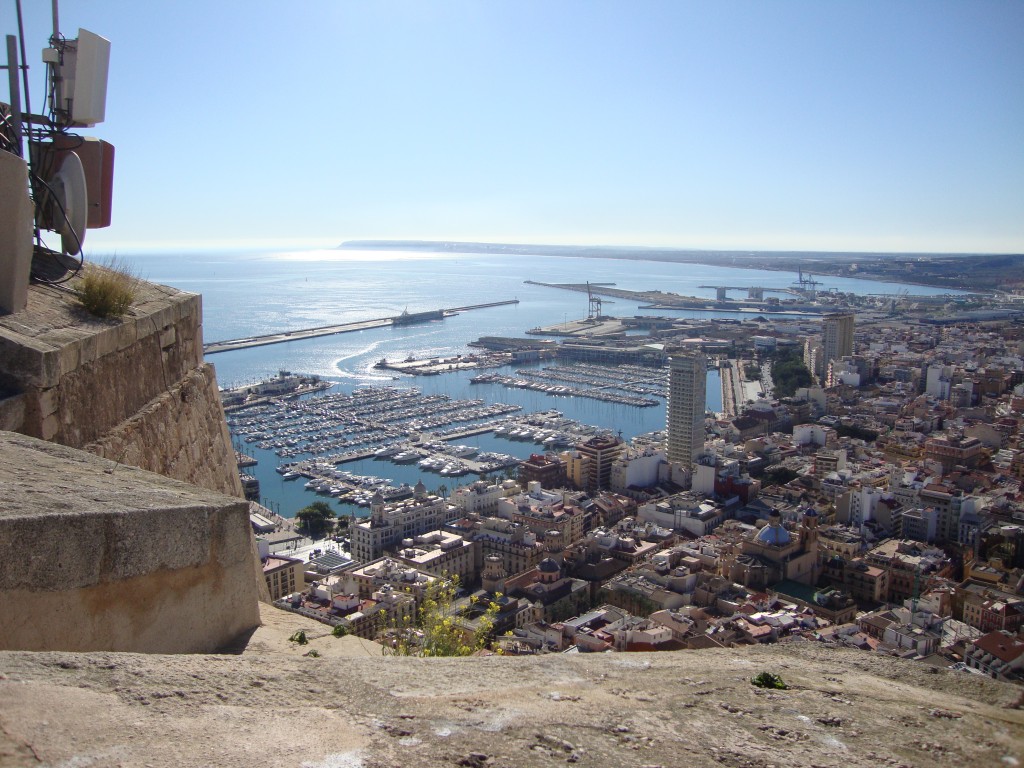 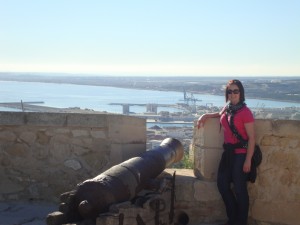 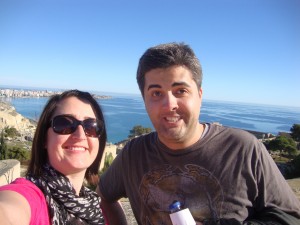 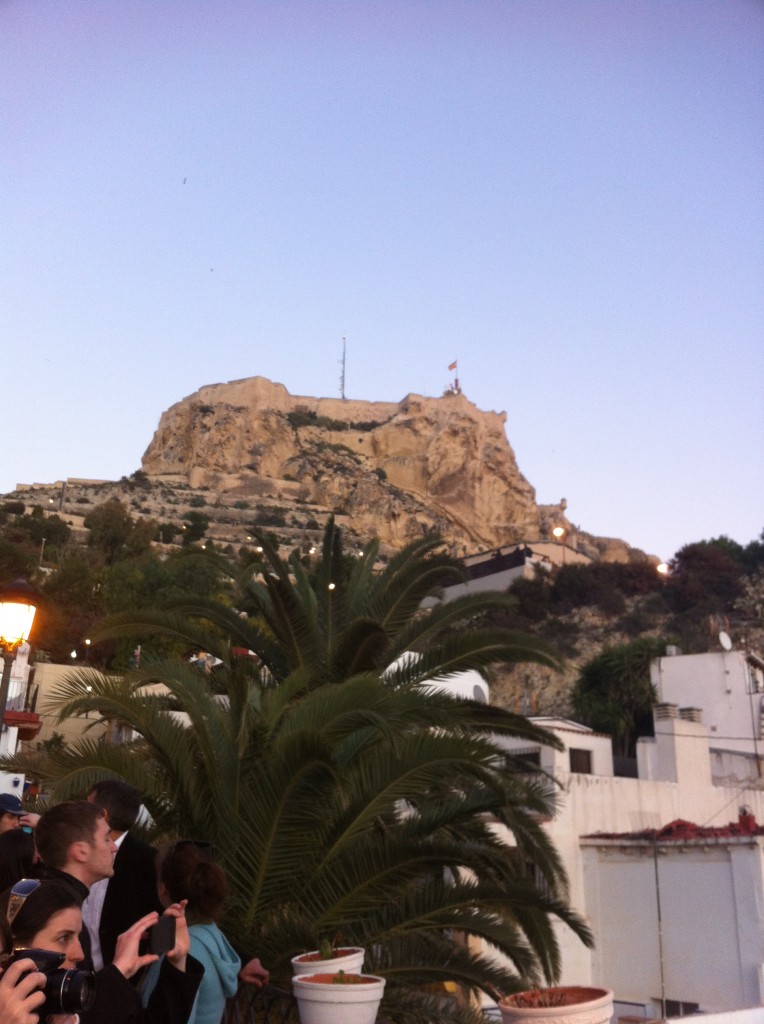 It was so cool! We hung out up there for quite a while. We decided to walk down instead of taking the elevator down. At the base of one side of the castle is a very old part of alicante called Santa Cruz. The town is now practically a museum. The streets are marble tiles and there are stairs and tons of darling little flower boxes. These people who live there know that tourists will be walking through looking at their homes all day long. 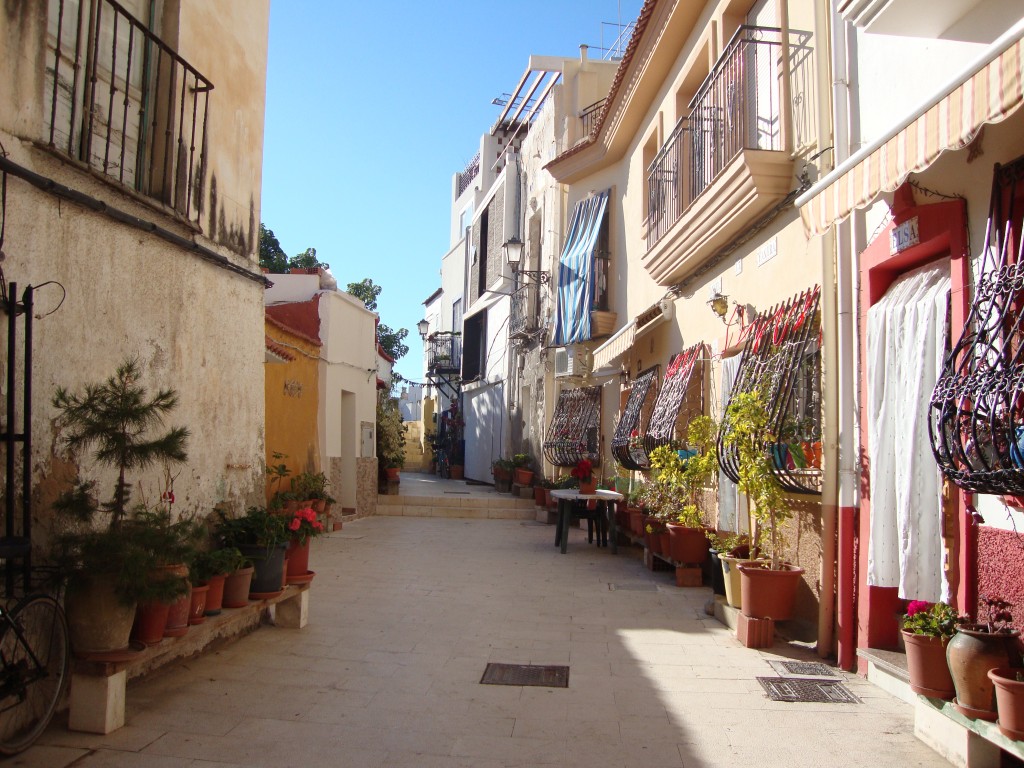 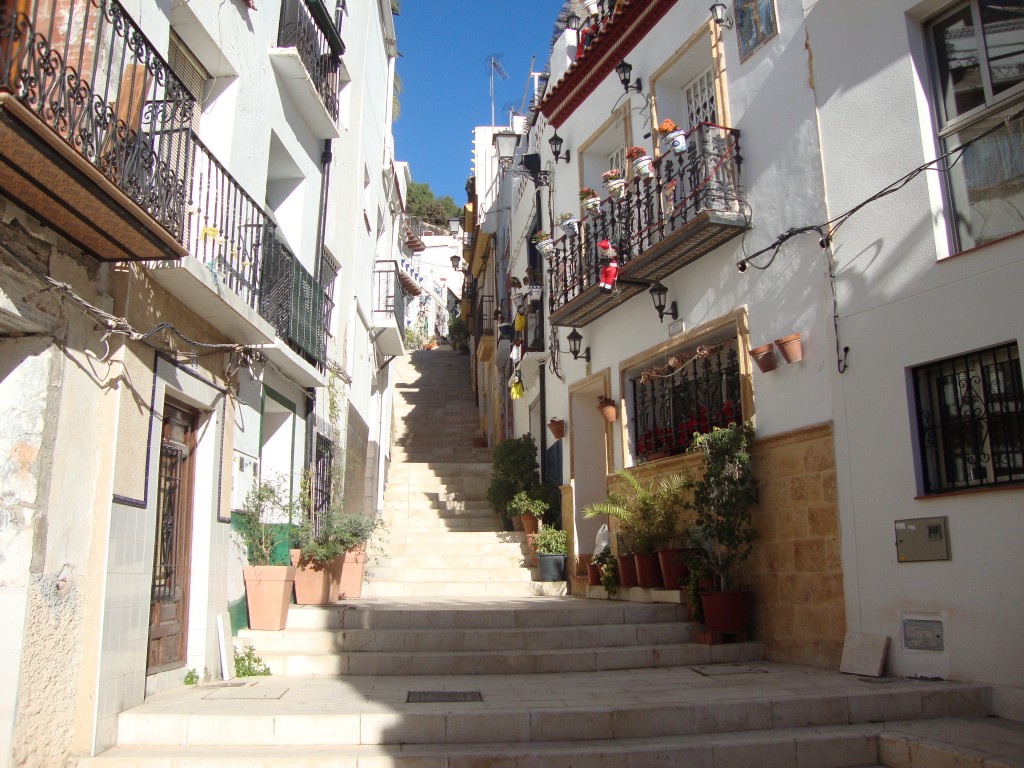 Pretty darn cool! When we got to the bottom of this little town, it turned out we were really close to home. So we went and took a nap before meeting back with the group at 4. Wow did I get used to the siesta!

Luis took us all through town, it took about 2 hours. At the end of the tour (which included going back through Santa Cruz so it was great to hear his stories with it) he said to Kris and I and the visiting professor, Rick, “How about a beer? I think we deserve one” so we went to this really cool busy spot and each had a few beers, and then went to this awesome tapas place where I had the most amazing thing. It was a slice of bread, with machego cheese, membrillo, and chocolate and I think something else. The combination seemed strange but it was delicious!

Luis took us to a museum to show us one of the neatest festivals I have ever seen. The neighborhoods come together and build these gigantic structures to burn in a bon fire for the summer solstice. Sylvain had told us about it, but we didn’t really realize until we were looking at photos and exhibits in real life. 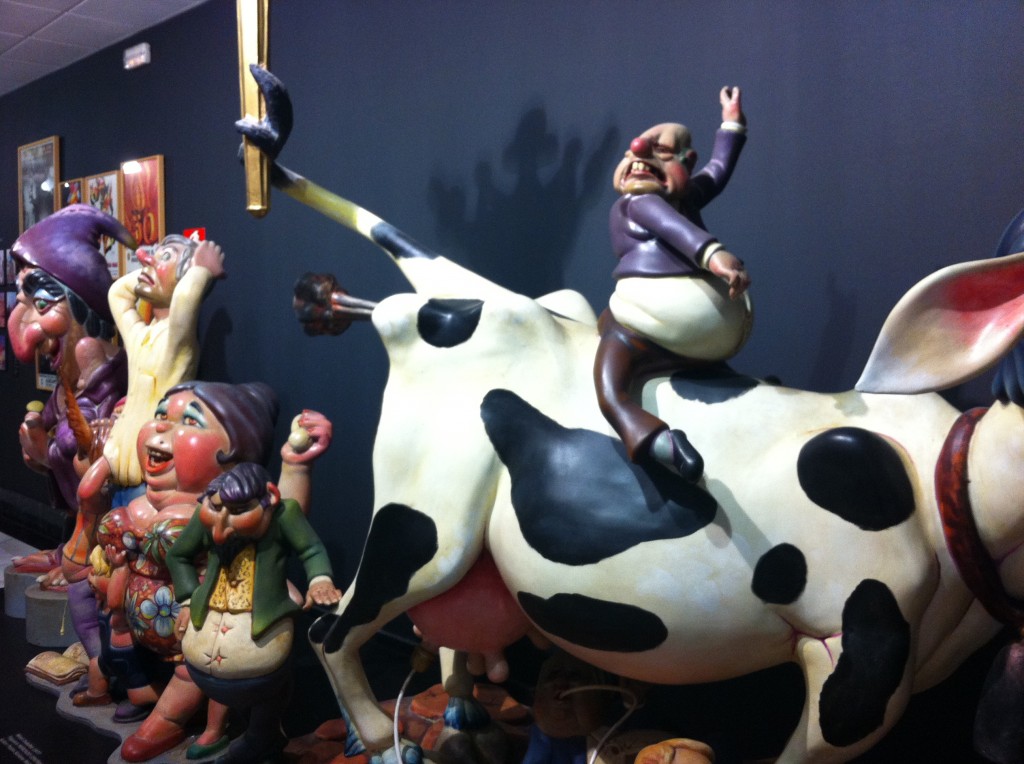 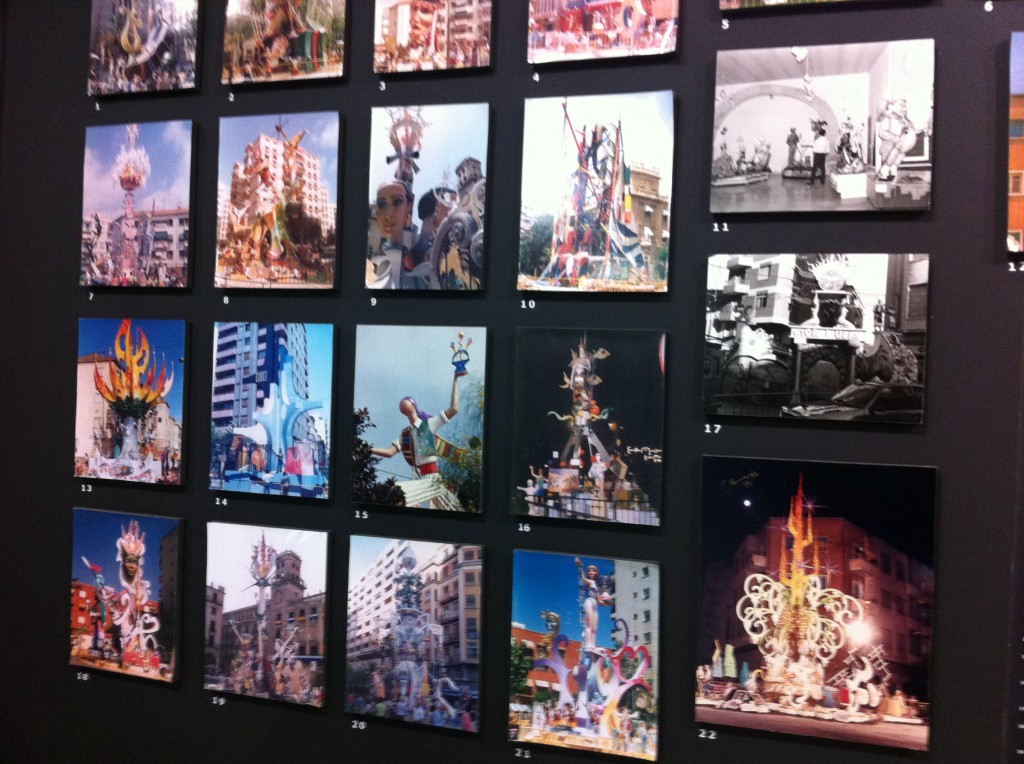 These structures would be taller than buildings. They would take years to build them and over the years would become politically driven and to include a particular message. It has become a competition and whoever wins the best looking structure (I don’t remember exactly what they are called) will have part of it maintained in this museum. It was really neat. Kris and I would really like to go back to Alicante at the end of June one year to see this in real life.

All in all, we really loved Alicante. It was a really special place, especially to be shown around and learn from locals.